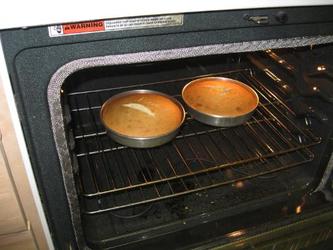 Advantages of Convection Oven
we are well aware of the construction of traditional radiant oven, with heating element at the bottom, cooking racks in the middle and possibly an upper heating element for broiling. The deficiency of this radiant heat arrangement is the heated air remaining fairly motionless and food must be placed in the center avoiding directly heated by the heating elements.

One solution to this dilemma is a convection oven. A convection oven uses forced air to circulate the heat evenly around the cooking ware, avoiding the creation of hot or cold spots. The forced air cuts down the overall cooking time, in parallel allowing roasted foods to retain more moisture. It is difficult to duplicate the effects of a convection oven when using a standard radiant oven.

In a true convection oven, there are three separate heating elements along the top, bottom and rear of the cooking space. When a fan forces the heated air to circulate, it doesn’t matter if the food is placed on a top, middle or lower rack. Three separate pans of cookies, for example, can be cooked perfectly in a convection oven. In the contrary the heat in a radiant oven cannot penetrate the bottom pan perfectly to bake the other two pans evenly. More food can be placed in a convection oven without fear of burning the bottom pan or having half-cooked food on the top rack. Foods can be reheated faster in a conventional oven, without dehydration or uneven heating as in a microwave.

There is also a distinct improvement in both cooking temperature and time, the “rule of 25s” as termed in cooking industry. When using a convection oven in place of a radiant one, the cooking temperature can be reduced by 25 degrees with the same end result, achieving a substantial savings in heat energy over time. Many foods cook 25% faster in a convection oven which means less overall time is required in preparing dishes.

Convection heating allows thicker cuts of meat retaining much of their internal moisture. The constant stream of heated air blowing across the surface of the food draws off the excess moisture, which helps to create the external crust in roasted foods.

However breads and cookies are best baked in a more humid environment. A convection fan will dry out the oven much quicker, so it’s best to bake cookies or bread without convection. Most convection ovens have the option, switching on or off the fan, to select the right baking environment. For browning the outer layers of breads and pies it is best to have the fan on.

Convection ovens can make cakes fluffier and slightly larger, and can bake several cakes at one time.  Convection cooking also ensures cakes being evenly baked, regardless of their position in the oven.  However, using convection over improperly the results can be disastrous.  Using convection oven like a regular oven will result in hard, overcooked cakes.  Adjusting to the cooking temperature and arranging pans properly will achieve perfect results every time.

Warnings
Stand away from the oven when opening the door.  Hot air will blow out of the oven when the door is opened, and can be painful to exposed skin.  It is safe to stand in front of your oven after the door has been open for a second or two.