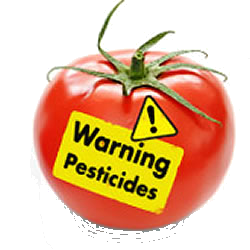 What are the health risks associated with pesticide residues in food?
Pesticides are chemicals applied in farming for protecting crops against fungi, insects, weeds and other pests. In addition to their application in agriculture, pesticides are also applied for protecting public health to control tropical diseases, such as insects, parasites, etc.

In the contrary pesticides are also potentially toxic to us. They may generate opposite health effects such as cancer, effects on reproduction, immune or nervous systems.

Pesticide Residue Regulation
Each country adopts their own agricultural policies and Maximum Residue Limits (MRL) and Acceptable Daily Intake (ADI). The level of food additive usage varies by country because forms of agriculture are different in regions according to their geographical or climatical factors…….
Read Full Documentation

Pesticides in Perspective – Residues in food

Pesticide residues – What are Maximum Residue Levels (MRLs), and is my food safe?